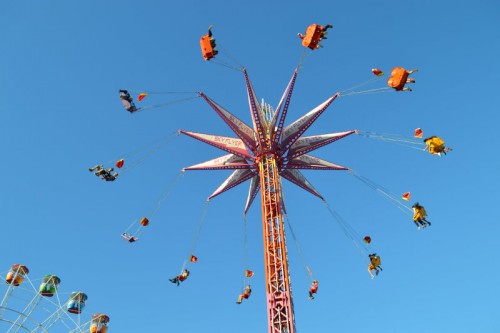 With Australia’s attractions and theme park have endured a challenging couple of years, the annual conference of the Australian Amusement, Leisure and Recreation Association (AALARA) is looking to restore confidence in the sector with a stimulating and informative program, backed by the event’s bi-annual trade show.

Set to be released in the coming week, the AALARA 2019 Conference program will include industry leaders from around the globe, sharing their experience of exciting developments in the industry as well as examples of how challenged brands have gone about restoring consumer trust and reinvigorating their reputation.

Looking forward to the AALARA 2019 Conference and Trade Show, Association President Dax Eddy states "AALARA’s aim is to train and educate its members to achieve standards of excellent and professionalism in business ethics, operations and practices – the AALARA19 Conference & Trade Show being the perfect stage for this delivery.

“AALARA facilitates the exchange of information among members and stimulates their cooperation on promoting and safeguarding the interests of its members – to help members network, learn and grow from each other’s knowledge.

“AALARA19 will showcase an energising and informative program of local and international speakers to help make 2019 your best year in business yet.

“If you’ve never been to an AALARA Conference or Trade Show, or haven’t been for a year or two, I implore you to join us in May for what promises to be an amazing event.”

Sponsorship packages for AALARA 2016 are available now with delegate registration information to be released in the coming days.

AALARA AGM
Active Financial and Life Members of AALARA Inc. are invited to attend the Annual General Meeting to discuss the business and future direction of the Association.

If the Gold Service Award is agreed upon by the Board, it will be presented at the AALARA 2019 Gala Dinner being held at The Star Gold Coast on the evening of Wednesday 22nd May.

AALARA Board nominations close at midnight on Tuesday 16th April 2019.

Enquiries should be made to AALARA General Manager, Kristy Ahrens on 07 5520 7717, E: info@aalara.com.au

Click here for more information on the AALARA 2019 Conference and Trade Show, being held at The Star on the Gold Coast from 20th to 22nd May, in the Australasian Leisure Management industry Calendar.