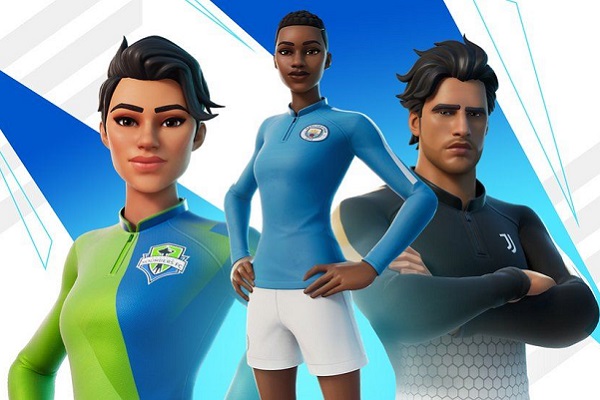 Three A-League clubs, along with more than 20 other football clubs from around the world, have partnered with Epic Games to bring their kits into the popular game, Fortnite.

The partnerships, which involves the A-League's Sydney FC, Melbourne City FC and Western Sydney Wanderers FC along with top European clubs such as Manchester City, West Ham, Juventus, and AC Milan, will also see a new game-mode introduced for players to interact with footballs in the game, as well as the introduction of a tournament named the Pele Cup.

Announcing the global partnerships, Epic Games Head of Global Partnerships, Nate Nanzer advised “football is consistently one of the top sports that our players tell us they want to see and experience in Fortnite.

“We’re excited to partner with Melbourne City FC, Sydney FC and Western Sydney Wanderers FC to bring ‘the beautiful game’ to Fortnite fans around the world as they face off in competitive tournaments, experience new creative modes of gameplay, and celebrate global football,”

In a first for any Australian sport, each of the three participating A-League clubs will have their own personalised jerseys in-game. The clubs will also host their own dedicated Fortnite show match on 27th January with a mix of A-League players, fans and Fortnite creators competing for exclusive Fortnite and A-League prize packs.

Welcoming the partnership, Sydney FC Chief Executive and commercial lead for the Australian Professional Leagues, Danny Townsend added “this partnership is an awesome opportunity to showcase our clubs and leagues to Fortnite’s player base in Australia and millions more around the world.

“We know where our audiences are, and there is a big overlap between people who love football and people who play Fortnite.

“Our clubs are taking part alongside more than 20 teams from around the world, from Man City in the English Premier League, to Santos in the Brasileirao, to MLS’ Seattle Sounders.”