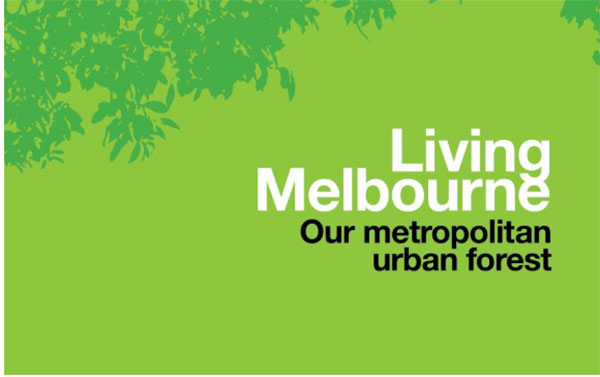 After three years of work, Resilient Melbourne in partnership with The Nature Conservancy (TNC) are proud to mark today, World Environment Day 2019 (5th June), by launching a bold new strategy for a greener, more liveable Melbourne - Living Melbourne: our metropolitan urban forest which presents a transformative approach in responding to urban challenges with nature.

The strategy is a first for Australia (and one of the first in the world) in its scale because it has mapped all vegetation across public and private lands across the entire Melbourne metropolitan area. The mapping shows which regions have an abundance of trees and shrubs and those which have little.

“Changes in urban development, a growing population and climate change are all compromising the benefits derived from our urban forest like cleaner air and water, reduced heat and habitat for wildlife.”

City of Melbourne Lord Mayor Sally Capp said the strategy unites local governments and land authorities around the enhancement and protection of urban forests, advising “Melbourne is renowned for its parks and gardens. A healthy urban forest is crucial to maintaining our status as one of the world’s most livable cities, and enhancing the wellbeing of our residents and visitors.

“The Living Melbourne strategy has mapped all the trees, shrubs and vegetation across public and private land in the greater Melbourne metropolitan area, highlighting the areas that have abundant greening and those that have very little.

“Nature doesn’t care about municipal boundaries, which is why it was so important for us to collaborate with Melbourne’s 32 councils, the Victorian Government and other authorities to ensure a consistent approach to protecting and growing our urban forests.”

Mapping conducted during the strategy development found that Greater Melbourne has 15%  total tree canopy cover. Canopy cover is highest in the eastern region (25%), inner south-east region (22%) and lowest in the western region (4%).

The strategy also analysed land surface temperatures to understand where the urban heat island effect had the greatest impact.  It found that on average, temperature hot spots occur in areas that have less than three per cent vegetation cover and no tall trees.

Chair of the City of Melbourne Environment Portfolio Councillor Cathy Oke said the Living Melbourne strategy would help address the impacts of climate change on the environment and people.

Councillor Oke added “within the City of Melbourne, our vast urban forest of 70,000 trees is under threat from the effects of climate change, such as extreme heat.

“While we are already taking action to boost greening, including planting 3000 climate resilient trees every year, there is so much we can learn from our neighbours while sharing our experiences as well."

Resilient Melbourne and TNC came together in 2016 to develop a metropolitan-scale strategy to protect and enhance Melbourne’s urban forest into the future.

As Maree Grenfell, acting Chief Resilience Officer at Resilient Melbourne, recalled "a key element in our approach was to recognise the need for collaboration across all of metropolitan Melbourne’s 32 councils, the Victorian government and many of the authorities who influence our urban forest.

“The result – Living Melbourne – is a galvanising plan critical for maintaining Melbourne’s status as one of the world’s most liveable cities, not just for people but also for nature.

“Formally endorsed by 42 organisations, Living Melbourne is unprecedented in the support it has achieved across the metropolitan area for its vision, goals and actions. Melbourne like many other large cities across the world is challenged by increasing extreme events, like heatwaves and storms. Our liveability and resilience are compromised by social fragmentation, inequity and urban expansion. Now is the time to work together for a thriving future.”

1. Protect and restore species habitat and improve connectivity.
2. Set targets and track progress (allowing for growth in the extent of the urban forest despite current losses).
3. Scale up greening in the private realm.
4. Collaborate across sectors and regions.
5. Build a toolkit of resources and underpin implementation.
6. Fund the protection and enhancement of the urban forest.

With the strategy now completed, The Nature Conservancy and Resilient Melbourne will work collaboratively with stakeholders and the private sector to identify and prioritise a suite of financing tools that will support the implementation of Living Melbourne.

Living Melbourne aims to create a profound shift in the way we think about, value and grow Melbourne into the future.

For more information go to resilientmelbourne.com.au/living-melbourne/