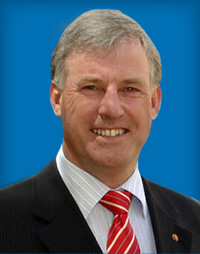 Tourism infrastructure across Australia is to benefit from $95 million in allocations from the National Stronger Regions Fund (NSRF) Round Two allocations.

The Federal Government program will invest more than $95 million in 33 regional tourism infrastructure projects around the country which is a welcome boost for tourism in rural and regional areas.

This funding is great news for local communities across Australia and it will help deliver investment-ready projects worth more than $273 million.

This includes $10 million towards a new Arts and Community Precinct in Karratha (Western Australia), $2.5 million for upgrades to Bathurst Airport (NSW); $947,000 to the Cocos (Keeling) Islands for a new retail precinct; and a $7 million investment in the Rockhampton Riverfront Redevelopment (Queensland).

Commenting on the funding, Federal Tourism Minister Richard Colbeck stated “the Government recognises the importance of the tourism industry to Australia's economy, which is why we have made tourism infrastructure one of five National Investment Priorities.

“Tourism is especially important to regional Australia, with 45 cents of every tourism dollar spent in regional areas. However we need to do more to encourage tourists to visit our regions.

“That's why we are boosting tourism infrastructure investment and taking steps to address labour and skills shortages, as well as increasing international aviation capacity and introducing visa reforms to make visiting Australia easier for tourists.” 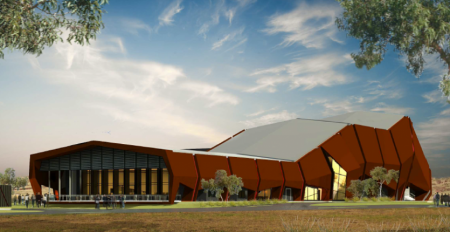 Senator Colbeck added “I congratulate all regional tourism projects that were successful in gaining Federal Government co-investment through the National Stronger Regions Fund, which is supporting the development of a diverse range of infrastructure nationwide.”

A total of 111 projects were successful in Round Two, announced earlier this week by Deputy Prime Minister and Minister for Infrastructure and Regional Development, Warren Truss, and Assistant Minister, Michael McCormack.

More information on the National Stronger Regions Fund, including a full list of successful Round Two projects and details on the application process, can be viewed www.infrastructure.gov.au/nsrf.

Images: Senator Richard Colbeck (top) and the schematic design for the Karratha Arts and Community Precinct (below).