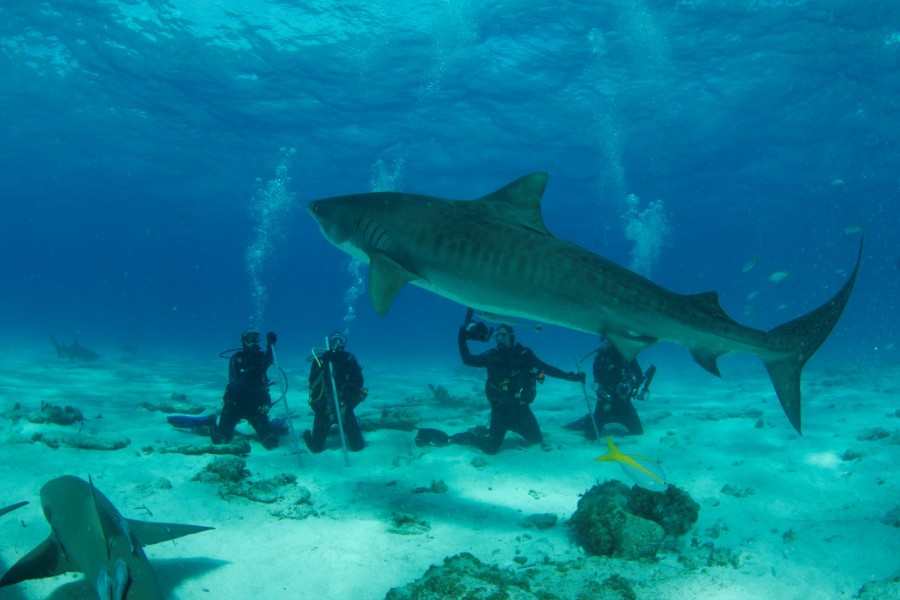 Shark diving tourism contributed FJ$73 million (US$40 million) to Fiji's economy in 2010, according to the Australian Institute of Marine Science and the University of Western Australia.

A study into the socio-economic value of the shark-diving industry in Fiji shows the importance of sharks' role in Fijian tourism with shark-diving operations in 2010 generating FJD $4 million (US$2.2 million) for Fijian communities through salaries and local levies.

The study found that one in ten tourists visiting Fiji engaged in diving activities with shark diving gaining in popularity over the past several years.

Fiji dive company Aquatrek's Manager of Dive Operations Brandon Paige told e-Travel Blackboard that since the business started in 1999, the number of travellers booking has seen a significant increase.

Paige explained "when we started in 1999 we had two trips a week and averaged about four to six divers.

"Now we go out four times a week and average about 12 divers per trip and in fact we have just launched a second boat to take the extra demand as we were regularly turning people away."

Known as shark specialists, Aquatrek gets divers from all over the world wanting to experience the shark dives more than just the soft coral diving.

Paige commented on the already visible need for shark conservation saying while the tiger shark is the most requested to sight, they are not seen as often as they used to be.

Paige added "we believe it is due to long lining (fishing) and the fining of sharks as they cover the greatest range and as such swim through the long lining area every day."

Pew Environment Group Manager of Global Shark Conservation Jill Hepp said Fiji declaring a shark sanctuary would create a significant financial incentive and would solidify its reputation as one of the top diving destinations in the world.

A growing business worldwide, shark diving operations are found in at least 83 locations in 29 countries, while places such as South Africa, the United States, and Australia have typically dominated this industry, shark diving is becoming a fast growing economic driver across the Indo-Pacific.

Fiji Hotel and Tourism Association Chief Executive Michael Wong stated "living sharks add real value to our economy, so it makes sense to do everything we can to protect Fiji's sharks, with a Fiji shark sanctuary the strongest means possible."

Fiji's marine environment is home to at least 75 different shark and ray species and according to the International Union for Conservation of Nature Red List of threatened species. 66% of these species are globally threatened or near threatened.

Fiji has strong measures implemented to safeguard the marine environment but until now there has been no specific protections for sharks.

For more information go to www.fijime.com/