59 drown in waterways since start of December 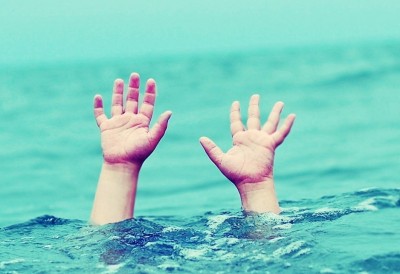 Figures released by Royal Life Saving Society – Australia at the end of last week show that 59 people have been the victims of fatal drowning since the start of December in waterways around the country - a 16% increase on the 51 drowning deaths recorded for the same period last year.

And with Australia Day approaching and every drowning preventable, Royal Life Saving is urging all Australians to be safe when enjoying the water.

"We urge everyone celebrating this Australia Day to look after each other and help us prevent any further drowning deaths this summer.”

For the previous summer period there were 51 drowning deaths between 1st December 2014 and 19th January 2015 inclusive.

Men are most at risk, with 80% of all drowning deaths recorded across summer to date being males, reflecting national annual trends that find men drown at four times the rate of women.

As Scarr states “men need to stop taking unnecessary risks when swimming, fishing or boating this Australia Day and for the rest of the Summer period.

“Don’t go swimming if you’ve been drinking, wear lifejackets when boating or rock fishing and look after each other when you’re around the water.”

Inland waterways claimed the largest number of lives over the summer period, with 20 (34%) drowning deaths to date, compared to 18 (31%) at beaches and 12 (20%) in ocean/harbour locations.

Commenting on the toll among children, Scarr adds “children drown quickly and silently, it is important that children are actively supervised within arms’ reach at all times.

“Ensure the home swimming pool is fenced with a correctly installed and regularly maintained pool fence with a self-closing and self-latching gate.”

Supervision of young children is also key at BBQs and social gatherings over this long weekend.

Scarr concludes “parents and carers of young children should always KEEP WATCH, ensure there is a designated adult supervisor watching at all times and to ensure the person supervising has not been drinking alcohol.”

Royal Life Saving also highlight that people heading to unfamiliar aquatic locations on Australia Day should be sure to observe warning signs and be aware of the conditions before entering the water.

Never swim alone and if you are visiting the beach ensure you swim at patrolled beaches between the red and yellow flags.

Members of the community who want more information on water safety and drowning prevention strategies should go to www.royallifesaving.com.au. 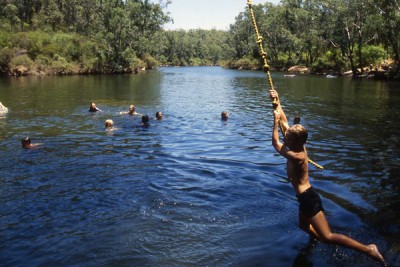 Aquatic fun on the River Murray.

• Always actively supervise children around water. For more information visit www.keepwatch.com.au
• Rivers are the leading location for drowning every year in Australia. Learn about the risks and safety tips at www.royallifesaving.com.au/respecttheriver
• Ensure swimming pools are fenced with a correctly installed and regularly maintained pool fence with a self-closing and self-latching gate
• Never swim alone or undertake any form of aquatic activity under the influence of drugs or alcohol
• When boating, always wear a PFD, check weather conditions before setting off and tell someone where you are going and when you are due back
• Always swim at patrolled beaches between the red and yellow flags