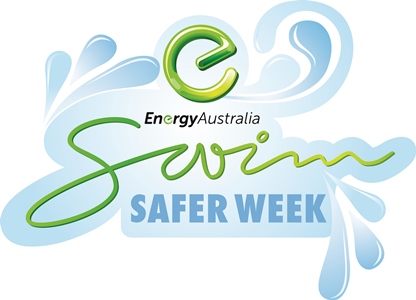 Nearly 400 registered swim schools and roughly 400,000 swimming families from across the country are this week participating in educational activities and gaining vital water safety skills as part of National Swim Week.

Being held between 22nd and 28th November, the National EnergyAustralia SwimSAFER Week, is being held for its third consecutive year – encouraging children to  while become “safer, smarter and stronger simply by learning to swim”.

“But now it’s very exciting to finally reveal proof, pinpointing the holistic advantages assisted by swimming from a young age.”

“While we know accidents can and do happen, an American study by the National Institute for Health has concluded children aged between one and four, who attended swimming lessons were up to 88% less likely to drown.

“We believe the National EnergyAustralia SwimSAFER Week is a valuable tool and an exciting part of our yearly planner, to help us better educate the community on the importance of learning to swim.” 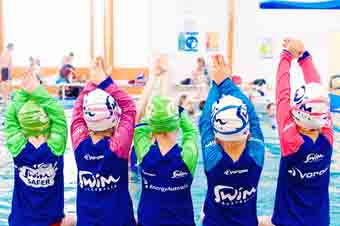 As Gage states “around 7,000 parents of children aged five years and under - from Australia, New Zealand and the US - were surveyed, and found children who had learned how to swim from a young age, were anywhere from six to 15 months ahead of the normal population, when it came to cognitive skills, problem solving in mathematics, counting, language and following instructions.”

Peter Reaburn, a sport scientist and Associate Professor in the School of Medical and Applied Sciences at CQUniversity confirms that swimming can equally make your children stronger, explaining “regular physical activity in childhood provides the foundation for an active lifestyle.

“Swimming improves strength because it provides resistance training in the water.

“Swimming improves cardiovascular fitness because it stimulates the heart, lungs and muscles to not only improve circulation to working muscles, but it increases the oxygen carrying capacity of the blood and the muscle’s ability to take up and use oxygen for energy production. Critically, swimming also improves the blood lipid profile by keeping the blood fats cholesterol and triglycerides at levels that help prevent heart disease.”

Swim Australia says, swimming year round, learning and abiding by vital water safety skills, and participating in the National EnergyAustralia SwimSAFER Week, will not only help children become safer, smarter and stronger in and around water, but in every day life as well.

As Gage concludes “swimming should be about having sensible fun, first and foremost. However, it is a necessary and a potentially lifesaving skill, so is an ability that should be formally learned from as young as four months, under the guidance of a qualified teacher and a swim school registered with Swim Australia.”