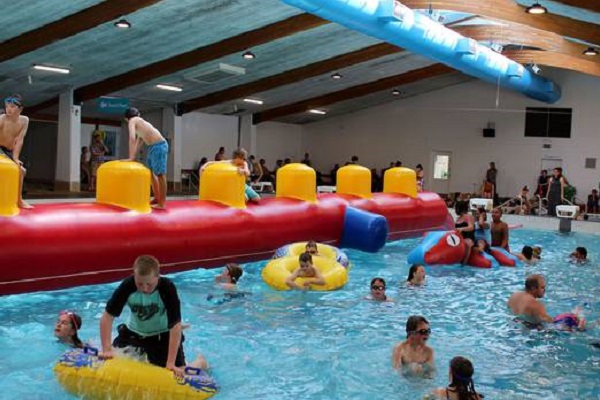 One person was taken to hospital in a serious condition after a chemical incident at the Levin Aquatic Centre today.

A total of 32 people were assessed by ambulance staff after the incident forced the public pool to be evacuated.

As reported by the NZ Herald, a Fire and Emergency New Zealand (FENZ) spokesperson said chemicals mixed together in a pool and started fuming.

The spokesperson said everyone was now out of the building and in the fresh air but was unable to confirm what the chemicals were.

A Hazmat team is on its way from Palmerston North while FENZ crews are investigating the cause of the chemical reaction.

Emergency crews were called at 11.50 am.

Image: Levin Aquatic Centre has been evacuated today after a chemical spill.