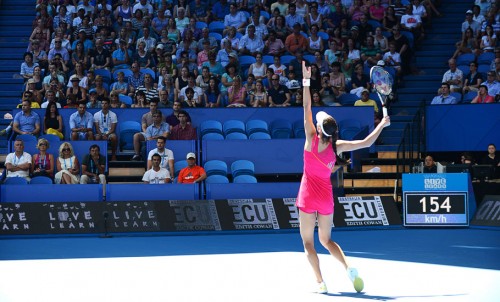 The 25th Hyundai Hopman Cup has smashed all previous attendance records for the event at its new home, the Perth Arena.

Western Australian Premier Colin Barnett said this year's tournament, which ended with Spain winning a thrilling final on Saturday night against Serbia, was an outstanding success.

It also set a new individual session record of more than 13,500 on Wednesday night when Serbia played Australia, and the average session attendance record (of just greater than 7,000) was also broken with a new benchmark of 8,036.

Millions of people worldwide also watched the Hopman Cup, with more than 4.2 million viewers on Network 10, and in a first, through web streaming on multiple platforms.

Premier Barnett added "Tennis Australia and Network 10 did a wonderful job showcasing the Hyundai Hopman Cup to tennis lovers across Australia and the world.

"Not only was it great promotion of the event but it also provided priceless exposure for Perth and Western Australia as a whole."

Premier Barnett also thanked cup organisers and the many volunteers for staging the successful event, concluding "feedback from the players about the new arena was overwhelmingly positive.

"The State Government is a proud founding sponsor of the Hyundai Hopman Cup, which is one of the premier major events of WA's diverse annual calendar. With Perth Arena as its new home, the Hopman Cup is sure to go from strength to strength."