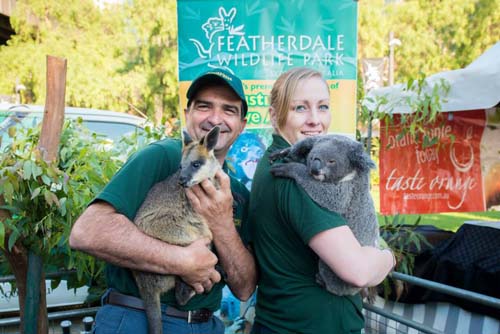 Tourism operators from across the four corners of NSW were celebrated this week at a lively, fun and engaging festival to officially launch the 2014 NSW Tourism Awards at First Fleet Park, Circular Quay.

Supported by Destination NSW and hosted by the NSW Business Chamber, who has taken over the management of the NSW Tourism Awards this year after acquiring the NSW Tourism Industry Council, the festival commemorated the awards program reaching its 25-year milestone.

While much has been achieved over the last two and a half decades, the future continues to be bright for the burgeoning NSW tourism industry. Last year, nine NSW gold winners went on to win at the QANTAS National Tourism Awards, which demonstrates the very high calibre of tourism offerings in NSW.

NSW Business Chamber Chief Executive Stephen Cartwright encouraged tourism businesses everywhere to get involved in the 2014 awards, stating “the benefits of being involved include benchmarking your business against colleagues, increased exposure and awareness, expert feedback from the judges and the chance to compete on a national level.

“We have a lot to be proud of in NSW. In 25 years we have had a 130 per cent increase in international visitors with major increases in tourists from our Asian neighbours,” said Mr Cartwright.

14 time winners, YHA Australia, said originally entering the awards was a catalyst for fine tuning their business plans and identifying ways in which to improve – something they continue to do now with each entry.

YHA Senior Marketing Coordinator Elinor Sheargold stated “the awards process inspires us to look at how we can continually develop effective sustainability practices.

“For example, one year we established our Carbon Reduction Fund which asks our guests to contribute $1 when they book in with us. From this initiative we have funded solar schemes and water saving technology in our properties.” 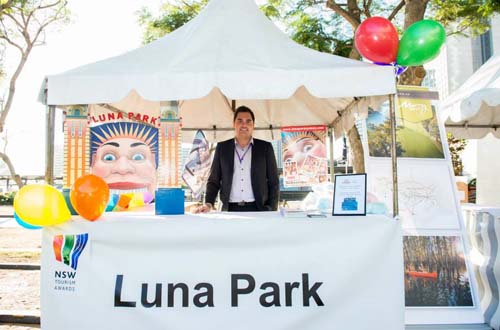 Some of NSW’s leading tourism operators also brought a taste of their experiences to the launch, including apples from Visit Orange, a koala from Featherdale Wildlife Park, a python from Taronga Zoo, as well as representation from Dockside Group, Luna Park, Newcastle City, BridgeClimb Sydney, Mudgee Tourism, Jenolan Caves, Deni Ute Muster and the Sydney Convention Centre @ Glebe Island.

Seven time gold and Hall of Fame winner, Jenolan Caves, explained that entering the NSW Tourism Awards had multiple benefits, not only on the day-to-day running of the business, but to the entire Jenolan Caves team.

Jenolan Caves Manager of Cave Operations Dan Cove added “we find the awards process to be the single most valuable tool in evaluating and analysing our business. In fact, in a way, the awards submission process has replaced our annual business plan, as it forces us to take a more critical look at our business processes.

“Just as importantly, the effect of becoming a finalist and/or bronze, silver or gold winners has on our staff is second to none; it is truly gratifying. Because we work solidly as a team, achieving a result is a real validation to all the hard work everyone has put in.”

The launch also presented a fantastic opportunity to reflect on the NSW tourism industry 25 years ago.

Click here for more information on the NSW Tourism Awards.