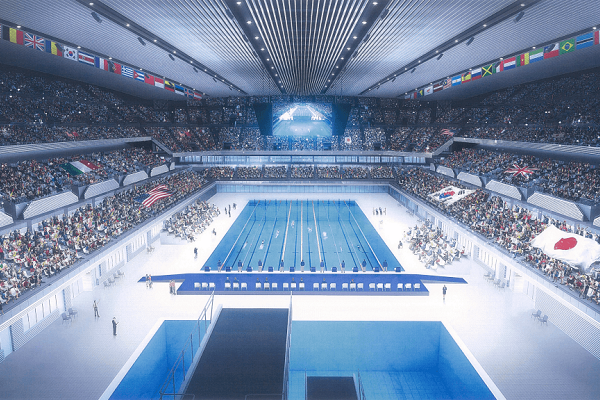 Tokyo 2020 Games organisers have released their latest construction progress reports on the various venues being built for next year’s Summer Olympic and Paralympic Games.

The reports advise that more than half of all new permanent Tokyo 2020 venues have been completed with just over one year to go until the Games. ‘This shows the Games’ preparations are well on track,” say the organizers.

43 venues in all will be utilised during the Sumer Olympic and Paralympic Games, including eight new, 25 existing and 10 temporary venues.

The Olympic Stadium, Ariake Arena and Tokyo Aquatics Centre remain under construction, while the Kasai Canoe Slalom Centre was the most recent venue to have been officially inaugurated, marking the first manmade canoe slalom course to exist in Japan.

The Olympic Stadium is set to be officially unveiled to the public this December, with the venue to hosting the Opening and Closing Ceremonies as well as football and athletic competitions.

Table showing completion percentages for each facility as of 9th July: 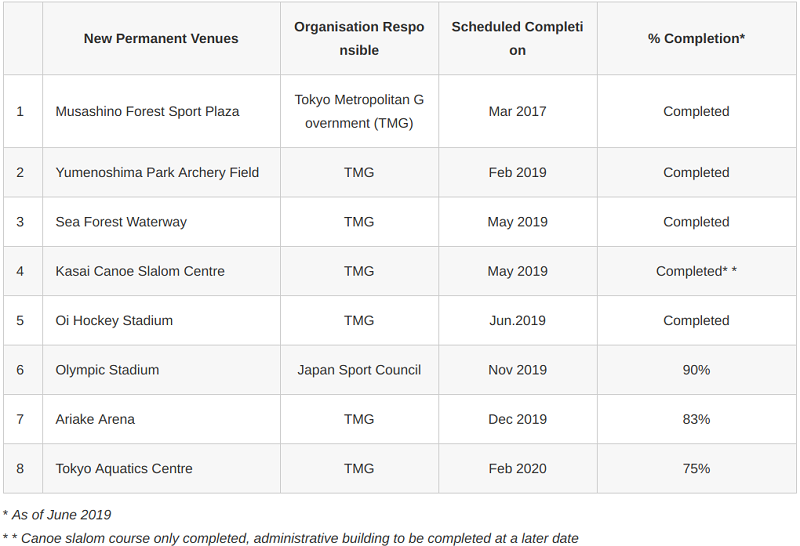 Image: Artist's rendering for the Tokyo Aquatics Centre - location for the swimming, diving, and artistic swimming competitions during the 2020 Games.