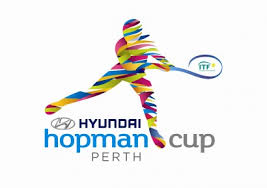 Korean car maker Hyundai has ended its long-running sponsorship of the Hopman Cup less than six months before the 2015 edition of the tennis tournament.

Hyundai began its association with the mixed-team event when it launched in Perth 26 years ago, becoming the title sponsor in 1998.

According to The West Australian newspaper, Hyundai’s backing was worth $800,000 annually and also included the provision of a fleet of 30 cars to transport players, tournament officials and VIPs.

Explaining the end of the deal, a Hyundai spokesman stated "this decision was taken largely as a result of Hyundai's alignment with its global sponsorship portfolio, which primarily focuses on football, and also the strategic fit with our company's sister brand Kia - sponsor of the Australian Open.”

Hyundai sponsored the recent FIFA World Cup in Brazil and is also the A-League's naming partner.

Kilderry stated “Hyundai have been an amazing sponsor for the Hopman Cup since its inception, they have been incredible.

“Having a sponsor stay with an event for that long is extremely rare. It's disappointing, but their global strategy is heading more towards football.”