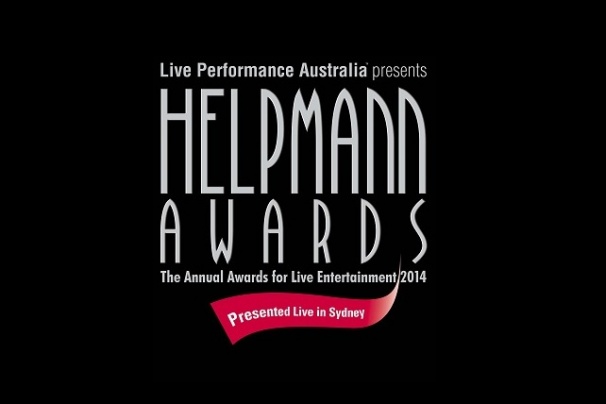 The musical Sweet Charity, which played in a 110-seat theatre in Sydney’s Potts Point, has been nominated for a total of eight Helpmann Awards for live performance - one more than the high profile, multi-million dollar Strictly Ballroom the Musical, which is playing in the 2,000-seat Lyric Theatre at The Star, Sydney.

The first show at the not-for-profit Hayes Theatre, Sweet Charity will compete in the best musical category against Strictly Ballroom the Musical, Opera Australia's The King & I and The Rocky Horror Show, which has ended its Melbourne season at the weekend.

Strictly Ballroom the Musical received seven nominations in this year’s Helpmann Awards while The King & I has been nominated for nine.

Vivid Sydney is also to be acknowledged with the Best Special Event Award.

The nominations for the 2014 Helpmann Awards were announced simultaneously yesterday (Monday 14th July) at events in Sydney, Melbourne, Brisbane, Adelaide, Hobart and Perth.

The events in each city were attended by the local performing arts community and were announced by acclaimed performers in each city including Lisa McCune, Todd McKenney, Jonathon Biggins, John Wood, Nancye Hayes, Simon Gleeson, Li Cunxin and Greta Scacchi.

This year’s nominees in the 41 categories, come from a wide range of disciplines, reflecting and celebrating Australia’s diverse and rich theatrical landscape.

Looking forward to the 2014 AwardsEvelyn Richardson, Chief Executive of event host Live Performance Australia stated "the Helpmann Awards are the pinnacle ‘night of nights’ event for our industry, recognising the very best in live performances that annually attract over 16 million people to shows across the country with revenues topping $1.2 billion."

The Helpmann Awards also incorporate the Brian Stacey Award for Emerging Australian Conductors. This year the Brian Stacey Memorial Trust announced Russell Ger as the winner of the award, also receiving an $8,000 prize.

Ger is an orchestral, operatic and choral conductor based in New York. A proud alumnus of the Symphony Services Australia Conductor Development Program, he has worked with all the major symphony orchestras of Australia and recently relocated to the United States to study at the Boston Conservatory under scholarship.

The NSW Government, through its tourism and major events agency, Destination NSW, is LPA’s Strategic Partner for the 2014 Helpmann Awards.

The 14th Annual Helpmann Awards will be presented live in Sydney at the Capitol Theatre on Monday 18th August and broadcast on FOXTEL’s Arena.