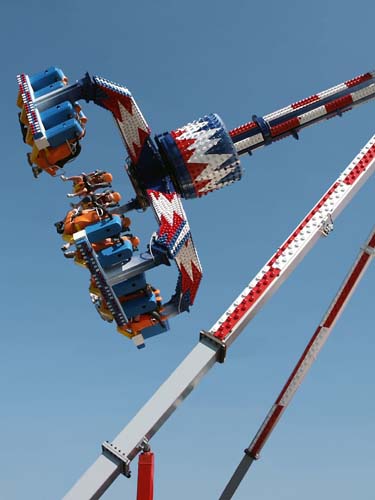 The 2012 Royal Adelaide Show remained popular with South Australians with almost 500,000 people coming through the gates over the nine days.

Show organisers attribute the success as resulting from the effort and commitment of the people who strive each year to deliver a quality experience for visitors and exhibitors. This year was no exception with the continuation of IGA as the Show's presenting partner and once again Channel 7 and Coke being premier partners.

Held from 7th to 15th September, this year showgoers experienced the first ever Smoke-Free Royal Adelaide Show in keeping with public expectation and in step with many other large public events across the country.

Key highlights at this year's Show included a much bigger Pet Centre packed with more exhibits, demonstrations and the domestic pet competitions. Other features were the return of the Barista competition, Floral Art competition and demonstration kitchen in the Jubilee Pavilion, as well as the celebration of 20 years of Pig Racing at the Royal Adelaide Show. The new Technology Centre also proved a major drawcard, providing a hub for the design and technology competitions and interactive activities and learning for all.

In its second year, The Show's volunteer program doubled in size with 57 volunteers serving in a variety of roles across the Showground. Easily recognised in their distinctive blue outfits, our volunteers play a key role in assisting the public and enhancing the Show experience.
Next year's Royal Adelaide Show will be held from 6th to 14th September 2013 with planning for the event already underway.

For more information go to www.theshow.com.au