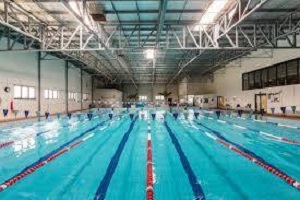 10 children and four adults have been hospitalised after a toxic gas incident in the swimming pool of the 360 Fitness Club in the Tamworth suburb of Taminda in northern NSW.

As reported by the Northern Daily Leader, the incident saw nine ambulances scrambled, and nursing and medical staff reassigned to the local hospital’s emergency department on Monday morning following reports of 14 people suffering from chlorine inhalation injuries at the 360 Fitness Club.

An Ambulance NSW spokesperson confirmed "all 10 children were stable, but seven were admitted for observation.

"The four adults did not require admission and were discharged that day."

All the children were later released from hospital.

A statement on the gym's Facebook page said "an equipment malfunction produced some toxic gas which has affected squad swimmers."

"The incident happened after our monthly C5 clean of the pools, when a small amount of acid was pulled back into the chlorine feeder tanks

"When chlorine was added as normal, it reacted with the acid to produce the gas.

"The aquatic centre has since been cleared for safe use by the Fire Brigade and Safe Work."