Located in the inner city suburb of Ultimo, more than five million attendees have come through the Centre’s turnstiles since it opened in 2007.

Speaking about the anniversary, five-time Olympic gold medallist Ian Thorpe said he hoped Australia’s next swimming sensation would be unearthed at the aquatic centre that is hugely popular with people of all ages.

Thorpe explained “it’s hard to believe 10 years have passed since this stunning aquatic centre was opened. I’m so pleased that generations of kids have had such an excellent facility to train at.

“I’m especially proud of the centre’s support for inclusive swim programs such as Take Charge and Swim Champs and that it’s a registered National Disability Insurance Scheme facility.”

“Our commitment to inclusiveness is reflected by the fact that more than 60,000 attendees in the last year came from groups including older people and people living with disability.” 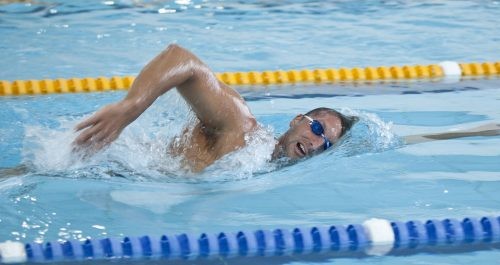 Lord Mayor Moore also stressed the role of the Centre in promoting water safety, commenting “every year, thousands of children take their first dip in our pools, learning skills that could potentially save their lives in the years to come.

“Swim safety remains an issue of major national significance. The spate of drownings over the shorter Christmas break of 2016 was four times the 10-year average for the same period according to analysis by the Royal Life Saving Society - Australia.

“Although we often focus much of our efforts on educating youngsters, the fact is that the number of older people drowning across Australia remains high.

“The Royal Life Saving Society encourages older people to test their swimming skills in facilities like ours before swimming in open water.

“No matter what your age or ability, I invite any resident who hasn’t visited the Ian Thorpe Aquatic Centre to come down for a swim on its tenth birthday or over the coming months.

“It is wonderful that Ian has joined us to celebrate this important milestone. He is an outstanding athlete, a much celebrated Australian, and it is very important to the City that this beautiful facility honours his many triumphs and contributions.”

Images: The swim school at the Ian Thorpe Aquatic Centre (top) and Ian Thorpe makes use of the Centre's main pool (below).